There are many things we have discussed here frequently that come up as questions in the comments because we are attracting new readers all the time. I thought it would be a good time to answer those questions en masse, so that there would be a URL to point to if the same questions should come up again.

The basic point is that we here at TAE are expecting deflation. Although inflation and deflation are commonly thought of as descriptions of rising or falling prices, this is not the case. Inflation and deflation are monetary phenomena. The terms represent either an increase or a decrease, respectively, in the supply of money and credit relative to available goods and services. Rising prices are often a lagging indicator of an increase in the effective money supply, as falling prices are of a decrease. There is an important distinction to be made between nominal prices and real prices, however. Nominal prices can be misleading as they are not adjusted for changes in the money supply and so do not reflect affordability. Real prices, which are so adjusted, are a far more important measure. END_OF_DOCUMENT_TOKEN_TO_BE_REPLACED 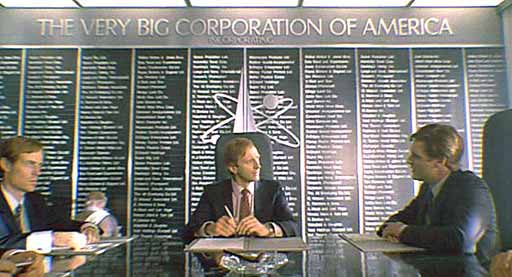 Stoneleigh: Everyone has heard of pyramid, or Ponzi, schemes. In their simplest form they are short-lived deliberate frauds where a small number of existing members are paid from the buy-in of a larger number of newer members until the supply of newer members is exhausted, whereupon they collapse. Typically, the founders, and perhaps a few others who got in early and out before it was too late, end up making a lot of money at the expense of later entrants, who end up holding the empty bag. There are always many more losers than winners. What most do not realize, however, is that Ponzi dynamics are far more pervasive than people think. There are many human systems that ultimately rest on the buy-in of new entrants, and every one of them will ultimately meet the same fate, although it can take far longer for complex constructions than for simple pyramid frauds. END_OF_DOCUMENT_TOKEN_TO_BE_REPLACED

We have been living in inflationary times, for as long as most of us can remember. The money supply keeps expanding and prices increase over time as a result. Central bankers have many tools at their disposal which they can use to tweak the economy – they can raise or lower interest rates, can control reserve requirements for fractional reserve banking and can inject liquidity into the banking system, among other things – and we have become used to thinking that they can prevent the kind of ‘economic accidents’ that previous episodes of excess have led to in the past. Especially in recent years – since the apparently successful containment of the dot com aftermath – we have acted as if risk were a thing of the past. Sliced, diced and spread around Wall Street and the rest of the global financial system, risk has seemed tamed, contained and controlled, until last week that is.

For years, industry insiders and so-called experts have proclaimed the virtues of slicing, dicing, and repackaging risk. They waxed on about how borrowers and savers, and society as a whole, could only benefit from such machinations. They suggested any sort of exposure could be disbursed and dissipated to the point where it essentially disappeared. Some even claimed that the crises of the past would no longer exist.

Yet amid the hype and assurances, few supporters spoke of the dark side of wanton and widespread risk-shifting. They didn’t seem — or want — to acknowledge that by combining complicated risks in unfamiliar and unnatural ways, the end result could be an uncontrollable monstrosity—one that eventually turned on its masters.
Nor did they heed the notion that by scattering risk into every nook and cranny of the global financial system, the vast web of overlapping linkages virtually guaranteed that serious problems in one sector, market, or country would trigger far-reaching shockwaves. END_OF_DOCUMENT_TOKEN_TO_BE_REPLACED