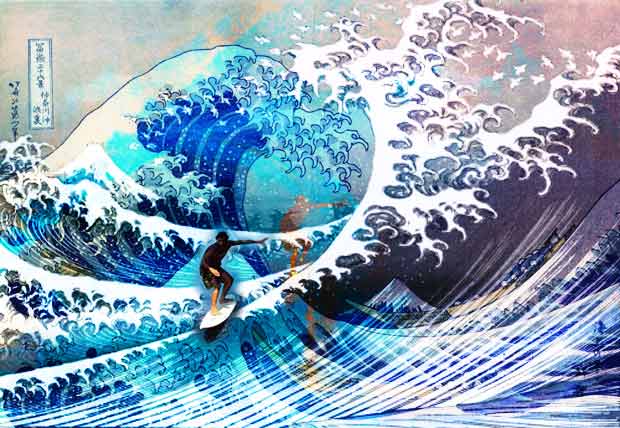 Scale matters. When it changes, other things change as a function of it, often in unpredictable ways. Emergent properties are system characteristics that come into existence as a result of small and simple units of organisation being combined to form large and complex multi-unit organisational structures. One can know everything there is to know about the original simple units and yet be unable to predict the characteristics of the larger system that emerges as many units come together to interact as a larger whole.

For instance, knowing everything about an individual cell sheds no light on the behaviour of a sophisticated multicellular organism. At a higher level of organisation, knowing everything about an organism does not predict crowd behaviour, the functioning of an ecosystem, the organisation of stratified societies, or the dynamics of geopolitics as societies interact with one another. The complex whole is always far more than just the sum of its parts. END_OF_DOCUMENT_TOKEN_TO_BE_REPLACED

One of our consistent themes at TAE has been not expecting solutions to come from the top down. Existing centralised systems depend on dwindling tax revenues, which will dry up to a tremendous extent over the next few years as economic activity falls off a cliff and property prices plummet.

We have already seen cuts to services and increases in taxes and user fees, and we can expect a great deal more of that dynamic as central authorities emulate hypothermic bodies. In other words, they will cut off the circulation to the fingers and toes in order to preserve the body temperature of the core. This is, of course, a survival strategy, from the point of view of the core. But it does nothing good for the prospects of ordinary people, who represent the fingers and toes. END_OF_DOCUMENT_TOKEN_TO_BE_REPLACED

To begin with, all human political structures, existing at all scales simultaneously, are essentially predatory. They exist to convey wealth and resources from the periphery to the centre, thereby enabling an enhanced level of socio-economic complexity. Each centre – whether municipal, regional, national or international – has its corresponding periphery – the region from which it can extract surpluses. (For more on this concept, see Entropy and Empire)

During expansionary times, larger and larger political structures -can- develop through accretion. Ancient imperia would have done this mostly by physical force, integrating subjugated territories into the tax base by extracting surpluses of resources, wealth and labour. We have achieved much the same thing at a global level through economic means, binding additional polities into the larger structure through international monetary mechanisms such as the Bretton Woods institutions (IMF, World Bank and GATT, fore-runner of the WTO). The current economic imperium of the developed world is truly unprecedented in scale. END_OF_DOCUMENT_TOKEN_TO_BE_REPLACED

People are increasingly collectively horrified at the extent of the fraud and corruption that lies at the heart of our financial and broader governance structures. They seem surprised, as if this were something new, when it has actually been growing in tandem with our credit hyper-expansion for decades. Corruption in complex systems never goes away, it merely waxes and wanes, and goes through phases where it is more or less visible.

During long manic periods, all manner of abuses occur, but no one notices while the party continues, because no one wants to notice. As long as people generally have access to easy credit and the illusory wealth effect it brings, they don’t ask hard questions and are largely oblivious to risk. Even if they lied on their own mortgage application, in order to qualify for a larger loan than they could really afford, and know others who did the same, they cannot seem to imagine what the consequences might one day be, both for themselves and for the financial system as a whole. To paraphrase one journalist who commented on the national pyramid bubble in Albania in the mid 1990s, when people feel they are operating within the bounds of properly structured criminality, they feel no personal responsibility and do not fear consequences. END_OF_DOCUMENT_TOKEN_TO_BE_REPLACED